Dr. Knight has enjoyed mentoring and teaching college students from a variety of cultural and ethnic backgrounds.  She has served a diverse patient population from infancy to geriatric.  She has worked with tribal governments, early childhood programs, university student services, and in direct patient care.  She also holds independent license as a School Psychologist in New Mexico and has experience working in public school systems, developing IEPs, and developing appropriate accommodations for school children with various disabilities as well as developing accommodations for university students with various disabilities.  She has experience working with autism, learning disabilities, brain injuries, severe psychiatric conditions, and intellectual disabilities.  She has worked with geriatric populations with numerous psychiatric, neurological, and cognitive impairments for nearly a decade.

Dr. Knight has a strong background in functional brain imaging research and has broad experience in magnetoencephalography, electrophysiology, MRI, combined with the use of neuropsychological assessment and reaction time data.  She has a record of scholarly publication and has collaborated with researchers from her Alma Maters, the Mind Institute, the Albuquerque VA Medical Center, Los Alamos National Laboratory and Harvard University.  She was selected to participate in the Santa Fe Institute’s Complex Systems Summer School as well as the McDonnell-Pew Foundation’s Summer Institute in Cognitive Neuroscience at Dartmouth.  She has been an invited speaker on the topics of Fetal Alcohol Syndrome, Disability, and Neurocognitive Disorders (Dementias). 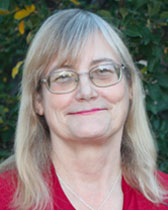